What is Feudalism? according to 10 authors: Marx, Bloch, Anderso, etc

It should be emphasized that there is no exact definition, because it depends on the tendency and the opinion of the particular historian; but we could advance that it has a very particular socio-economic meaning.

The feudal system was based on social inequality

1. According to the French historian and writer Jacques Le Goff defines feudalism with the help of two actors, the "agrarian lord", owner of the land and crops, and the "peasant", the person who cultivates it. Between them there is a purely economic association in which the former defends the "peasant" from any aggression or external threat and in return the "peasant" pays for this "security" with his work. In other words, feudalism is an economic alliance between the peasant and his lord.

2. According to the Polish historian Witold Kula, feudalism was an agrarian socioeconomic system that involved a mediocre productive force with very poor commercialization and little corporate character; whose main unit of production was the territorial property, so that the peasants who worked there were subordinated both economically and legally.

3. According to Georges Duby, one of the most influential medievalists of the last century, he tells us that feudalism is the product of the decomposition of the monarchical class, caused by the inability to defend their territory, from the dispersion of the power of the kings, then the disintegration of the principalities, until reaching the counts; there came a time when men (those who were not of the monarchy) achieved their independence and obtained the power to command (to be autonomous) in their lands.

4. The historian specialized in medieval France, Marc Léopold Benjamin Bloch comments that feudalism was a relationship of dependence in which the "peasant" seeks a protector and the "lord" is gratified to protect him; this influenced by the fact that neither the State nor any other authority guaranteed the security of the marginalized individual.

5. For the German Karl Heinrich Marx, feudalism was an economic system based on the exploitation exercised by the aristocrats and the submission of the peasantry; although the aristocracy was also submissive to the king, but in exchange for their military loyalty, the king allowed them full political autonomy in their lands.

6. For the English politician and historian Perry Anderson, feudalism was a mode of production in which the peasants were practically tied to the land and in which the agricultural property (land and machines) belonged to the "feudal lord" and the peasant was the serf who worked it without owning it.

7. According to the Argentine economist and writer Rolando Astarita defines feudalism as a type of production that in practical terms was based on land and that on the other hand, the relationship with the peasant who worked it was centered on coercion and extra-economic imposition by the owner of the land; therefore, the peasant was "forced" to work in exchange for a small plot of land to feed his family.

8. Susana Bianchi, professor of general social history in Argentina, tells us that feudalism was an organization fully composed of two primary elements: the lords and the peasants, where the peasant's function was to work the land to subsist, but at the same time he was obliged to produce a high volume of crops because he also had to provide sustenance to his lord, to the royalty and to the market or other social groups.

9. For the Argentine historian José Luis Romero, feudalism was an economic, social and political dynamic with a strong autonomous influence, which had the approval of the king or another noble associated with the royalty. This feudal bond between the royalty, the lord of the fief and the vassal was established by means of an unwritten contract, so its validity was established by means of a public ceremony with witnesses. 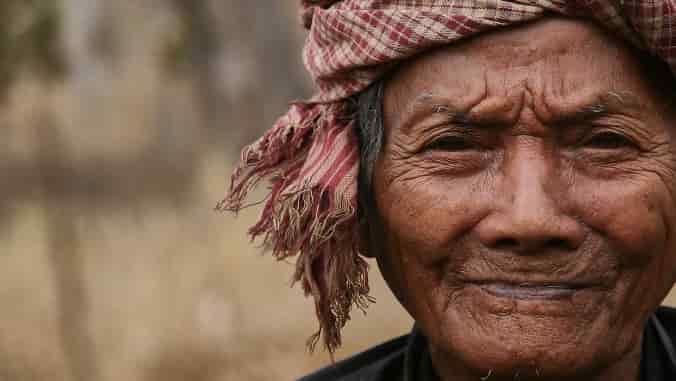 Image from Daniel Kirsch from Pixabay

10. Feudalism is an intrinsic relationship between the "lord", the head of the land, and the vassalage, the worker of the land, in which the vassalage was obliged to render his services to his lord and in turn the lord undertook to protect him.

11. It was a political system that prevailed between the V and XII centuries, known as the Middle Ages, by which a relationship was legally established between the vassal and his lord; and in this relationship the vassal worked the land and he and his family ate what he produced and the surplus was taken by the lord.